The first issue was that the managers in the four departments are not working as a team effectively at Garden Depot. A team is referred to the group of people who are committed to achieving a given goal (Gregory, 2013). The leaders have the responsibility to define the goals, determine the needs of the team members and motivate them towards their goals. It has been found that if Derek is hired as the manager by Murray as the landscaping manager, then it will affect the work process of the organization. Derek has no work experience either in the management of the work and employees or the landscaping. The roles and responsibilities were not clear to Derek as a landscaping manager that is a major issue of affecting the work performance. The role conflict was experienced by Janice as she tries to complete the invoices of Derek and her work. It shows a lack of the coordination between the employees of the organization.
There is a lack of leadership skills in both Murray and Derek. The leaders play a significant role in guiding and motivating the whole team. Murray was not aware of the issues prevailing in the company and for this, Janice was frustrated and not able to find a solution for the issue. The conversation of Derek and Janice clearly shows that they do not care about the development of the organization. Communication issue is there because Derek and Janice have interpersonal communication issues. The flow of communication is very much important in an organization to carry out the work (Canada, 2016). There is a communication gap and low trust level between the members of the organization. Dave was inefficient in evaluating the performance of the employees and implementing reward program for them. The employees were ineffective in developing a team work and coordinate each other to solve all the issues. Janice has stated that many organizational issues have been raised affecting the quality of work and performance of the processes within the organization. The managers were not working as a team which shows ineffective work carried out by them. Appropriate training was not provided to Derek who leads to ineffective management of the work processes (Johns & Saks, 2008). Janice was working under huge pressure as she has to manage her work and invoice work of Derek. The team was not guided appropriately because there was a lack of leadership, knowledge and skills. The organization was facing huge difficulties due to conflicts, communication issues, lack of leadership and inefficient management.

The Organizational behaviour is one of the most important aspects of an organization. It helps in depicting the way that people of the organizations communicate within the groups. In the given case study of Garden Depot, there are various issues watched, and the key issue is the issue of nepotism, where the owner of the organization appoints his son-in-law, Dereck, as a landscape manager of the company. It is completely a case of nepotism where an unskilled and inexperienced individual who is not suited for the position is employed with this higher position. Hence, the key issue is inappropriate recruitment. The recruitment of Dereck as landscape manager without any prior experience and requisite skills for the specific position is considered as a big mistake. Besides this, he is irresponsible and lacking any leadership quality that creates lots of issue for the company and the company is losing a reasonable amount of money due to his incompetency (Kreitner, Kreitner & Kinicki, 2013).
The company Garden Depot is a successful organization, however, the company has been facing numerous issues because of its inappropriate organization behaviour. The company is a family owned floral company which was initially run by Mr. and Mrs. Murray, and eventually, it grows and has various departments like gardening, lawn care and landscaping sections. The organization has faced various problems as per the office manager Mrs. Bowman. The company is lacking from an effective leadership as Mr. Murray does not look after the operation of the organizations and the senior managers of the company cannot dare to complain against Dereck as he is the son-in-law of Mr. Murray, the owner of the company.
Besides this, it is evident that the team coordination is very poor in this organization, and for carrying out the operational activities of the organization, the team work is the most necessary. Among the various departments, the landscape department is very weak in this matter. Dereck is the head of the department, and he is incapable to establish a team. Hence, the company must find an alternative of Dereck and train the members of the landscape sections so that they can accomplish their tasks appropriately. 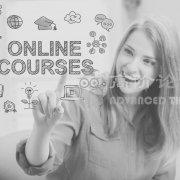