Their basis for filing for a judicial review was based on four grounds. The first ground of challenge that they state is (1) Ground 1/AL21. They believe that the Director of the Environmental Protection Department had approved the project based on an undetermined assumption. The undetermined assumption that the immediate airspace of the Pearl River Delta will be was available for air traffic movement projections and assessment. The plaintiffs alleged that the EIA report did not consider needed offsite compensation measurement.
The second is Ground 2/AL21. Here the two Hong Kong citizens make the following two points. Firstly, they state that when the EIA assessment and reporting was done, they did not show due compliance to study briefs as was required to understand environmental impact. They alleged that ecological impact assessment in the context of the Chinese white dolphins needed further assessment. This re-review was required because the EIA had not provided for the adequate compensation measure that will be required to counteract destruction at the time of the construction of project. Secondly, the two citizens alleged that the EIA had not considered the ecological impact as a cumulative effect. There were some projects that had been proposed or were committed or were going through development already. The Hong Kong Zhuhai-Macao Bridge Project and the Lung Kwu Tan Project are two of them. Given that such projects were already underway, it was not enough if an individual assessment was done by the Environmental Protection Department with respect to this project alone. Ho contended that a cumulative impact assessment should have been conducted by the Environmental Protection Department and that this had not been done. Secondly, Ho stated that in proposing measures to counteract the environmental impact, stakeholders had to be consulted. The allegations here was that a fair public consultation was missing at this point and so the public could not give their opinions when it came to the loss of habitat impact on Chinese White Dolphins.
By Ground 3/AL21, Ho alleged that the director had acted in an illegal and irrational manner when they signed off the permit for the project and finally Ground 4/AL21 was that the director in making an important decision that would affect many had failed to provide the right reasons for such decision making.
Based on these different rounds, the duo argued that there was much doubt on what form of reasoning went into the decision making. Since this was not known, Ho Loy wanted an interim injunction to be passed that would stop the construction project until the court decided on arranging for a second judicial review. It was furthermore adulated that having a judicial review could also serve as an amendment in the context of further future infrastructural projects. 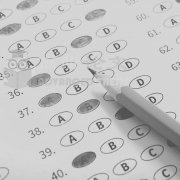