In cross-culture research, there are many models to describe traits of certain culture. Generally, there are two types of culture models: single dimension models and multiple dimension models. The single dimension models try to measure the culture by one variable, and multiple dimension models aim at describing the cultural by multiple variables (Morden, 1999).
Single dimension models include the high and low context culture model by Hall (1960), and the monochromic and polychromic cultural model by Lewis (1992). The most commonly-cited work in multiple dimension models is from Hofstede (1980).
Modern Chinese culture seems to incorporate more individualism and individual autonomy. There is more importance given to democracy and science instead of conventional wisdom and respect for authority. From this, it is quite clear that culture is a social phenomenon that depends on how we as humans behave and interact. This is based on the subjective nature of the events (Coen, 2012). From this, it can be understood that the culture is influenced by a variety of paradigm and cannot be constricted to a single paradigm.
Chinese culture is defined as something that has deep historical roots. Culture of Chins is unique and has deep influences of philosophy (Barmé, 2000). The Chinese culture is respected across the spectrum. Conventionally, culture of China is largely influenced by the Confucian policy. There is a lot of respect given to elders and they tend to follow the direction of the elders without questioning authority. In addition to this, the students in China may accept different status for acceptable activities of a student. They are very cautious in their words and try to avoid confrontation with elders or seniors in the organizations. Since this is the accepted norms and the seniors are considered to have more knowledge, it is expected that the next generation of people follow the established paradigms. In order to avoid hurting the sentiments of the elders in the society, they do not agree with a particular ideology. The students tend to stay silent to avoid any possibility of hurting people. 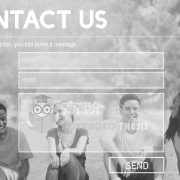 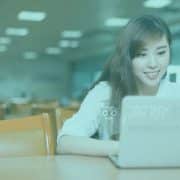