The third taxonomy of culture that will be discussed here is that of Hall’s taxonomy of culture. Hall’s categorization forms from the context of situations. Context is how people perceive things and the context differences will change how people’s perception. This role also applies in cultural classification. The categories in Hall’s classification are that of the high context and the low context culture (Yoon et al, 2004). The high context culture is one that there are contextual elements which aid people living in the culture to understand their rules. However, a person of another culture might not understand them so easily. On the other hand, the low context culture is one that more explanation is presented and there are very little chances of confusion.

The personal taxonomy that has been developed is one that incudes categories that are relevant to the current world. Most of the cultural debates and taxonomies have been more useful for management studies. In fact, the Hofstede taxonomy has been critiqued as having been prepared with more of the management study in mind and less of anthropological or even cultural viewpoints. In this context, the taxonomy that has been presented here includes cultural viewpoints and also more humane viewpoints that are necessary for the current world. This is strength for the personal taxonomy.
I believe the weakness for the personal taxonomy is that elements such as compassion, respect etc are considered as aspects of culture but are rather not discussed that effectively. In a liberal society, respect would be considered, but would it be associated as a cultural attribute is a question. In normative societies and in collectivistic societies the concept of respect does exist, but there are not many studies addressing it as an issue. 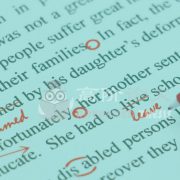