Even the theory given by Charles Darwin explains it if animals are just simply machines then how are they able to clearly express themselves and even explain the various concepts that are being given to them. Once we train them and make them learn what we require, they can learn it well and even express. We have seen elephants, tigers, lions responding to the circus master and performing the various acts as per its master’s wish. We may even see dogs, if they get close to their master and the master is not well, they start loving them with their tongues or touching their bodies. We may say that each and every animal has got the mind that it can react, respond and behave as per the actions of the human beings (Premack et al, 1978). They can take care of themselves. We may also take another example to explain it further like sparrow makes such a good nest and it knows very well that it can make it with twigs. It weaves it well and it hangs from the tree and never falls down. The strength of the same could easily be felt. Similarly, there are so many examples wherein we can say that animals also have minds and they express their emotions and express them through one or the other means. 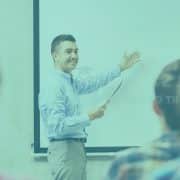