The social and cultural implications that this form of globalization had on society were twofold effect. The network technology of the post war times resulted in some countries mass producing cultural products and others who were consuming the cultural product were able to relate to that society better. For instance, consider the divisions in the knowledge sector in the form of education, research and development, mass media and information technologies. As of the year 1959 it was estimated that more than 29 percent of the gross national products of the United States was from these categories. These products were developed for social cultural networking and they were developed because of social cultural networking. According to an argument made by Peter Drucker the transition from material goods to knowledge based goods was made in this time. So people who were connected by social cultural network technologies such as the television and the movies became a new section of buyers and countries like the United States could sell their products in this market. This form of a globalization is seen to create both creation and consumption.
There was a primary and a secondary information system created here. The primary system was one that there were information goods and services which were being used directly in the production and then there was a secondary system that there were information services produced only for internal consumption, such as for the Government and information systems within the country. The information, social and cultural economy of a country were the net value of all this. “Globalization can generally be defined as the stretching of social relationships, that is, communication networks, in space-time, a globalizing social system enlarges its border in space-time; as a result, social relationships can be maintained across larger temporal and spatial distances”. This form of a social network is created from the individual and their immediate relationships to family friendships, and then intermediary friendships such as that of structural relationships and trnasmediary institutional relationships like that of the state, the national market, the European Union and more. 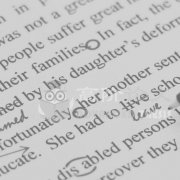