Sir Richard Charles Nicholas Branson is an entrepreneur and investor. In the year 1972, he started Virgin Records (Matthews & Brueggemann, 2015). Today Virgin Group expands their business in more than 30 countries and they hold more than 200 companies. The aim of this project is to analyse whether business philosophy and leadership qualities are appropriate or not. For the analysis of his business philosophy and leadership quality organisational theory, organisation structure theory, trait theory, and business theory has been chosen.
Richard Branson is considered as one of the best leaders in the world. As an entrepreneur, he is very successful with the unique quality of his leadership. These are as follows:
The main quality of Richard Branson’s is that he will learn constantly from his employees and always keep him updated with the current scenario of this business. Whereas the other business leaders like Apple’s CEO are not much serious toward his work.
Richard Branson can easily think in a different approach from the other employees of the company. Leadership skill is very much required for leading a business.
The ability to search right candidate for a particular job makes a different impression from the other leaders. But in the case of Facebook, CEO Mark Zukerberg, there are more casual approaches taken by him. They are more casual and can create a negative approach to the company employee.
Richard Branson is a person with a great personality that can easily create a positive impression towards their employee’s (Chemers, 2014). It also helps him develop good relation with the partners and business associates, which helps increase the growth of the company.
Richard Branson gives a proper attention towards every detail and aspect of his business and tries to rectify it if the problems occur in prompt action (Van Wart, 2013). But in case of Steve Jobs, he did not take proper attention when it is needed.
After business philosophy analysis, with the help of organisational theory (classical and human relation), it can be interpreted that Richard’s business philosophy follows human relation theory. From the analysis of business philosophy with reference to perspectives on organisational structure (mechanistic, organismic), it can be interpreted that Richard’s Branson’s business philosophy follows organismic structure. From postmodern organisation theory, it can be said that his philosophy follows this theory. After analysis of Richard’s Branson’s leadership Quality on the basis of trait and behavioural theory, it can be said that the leadership quality follows trait theory.
Richard Branson’s does not give any rank in the qualities of a leader. So there are different opinions among the employees about which quality is the most important and which is not. Richard Branson’s should give preference to the qualities. 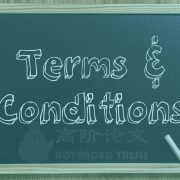