Games play an immense role towards mental and physical development but as technology has developed, the physical aspect associated to games is gradually being lost. Today parks remain empty with only a few children scattered here and there and mainly elderly members of society. This is due to children and teenagers having lost their interest to participate in practical games which deliver physical exercise and movement. The 2nd and third decades of the 21st century are expected to see the development of some serious health conditions due to the lack of physical activity among the younger generations. There is also a serious social interaction concern associated with the use of the games and digital technology which is distancing people. People are growing further apart due to the use and dependence of communicating via modern communication and social applications (Francesca, 2011). Games are also delivering the same effects where players are opting to challenge their friends in games online rather than meet them at the ground and tussle over the challenge.
The future beholds several negative aspects linked to the digital technology due to many people overusing and growing addicted to the technologies which are devastating their ability to interact and be normal people. Pokémon Go has brought an innovative idea which is aimed at allowing players become more mobile and social but over the long run, this may not be the solution since players are likely to grow bored and return to their games which allow the player to remain redundant and idle. These results in the smart phone and other handheld gaming consoles being discouraged by many professionals’ health and social advocates who continue to discourage the development and overuse of the handheld gaming and communication device which are actually compromising the integrity of the society by alienating the players. Humans are naturally social and it’s only natural that people should be able to communicate and share their thoughts and feelings as this helps reduce stress and promotes positive mental development as well as the acquisition and gaining of knowledge. Games deprive people from this basic human habit which is likely to result in triggering many social problems. 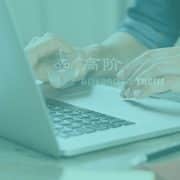